Brisbane’s Best Pie returns this week refreshed and refocused after three weeks away. We have received a number of messages on the socials from fans of the site and are happy to allay any fears that the search for Brisbane’s Best Pie was over. There are plenty more Pie reviews to come!

This week’s review comes from Mum’s Bakehouse in Kedron where the plain mince pie was tested. 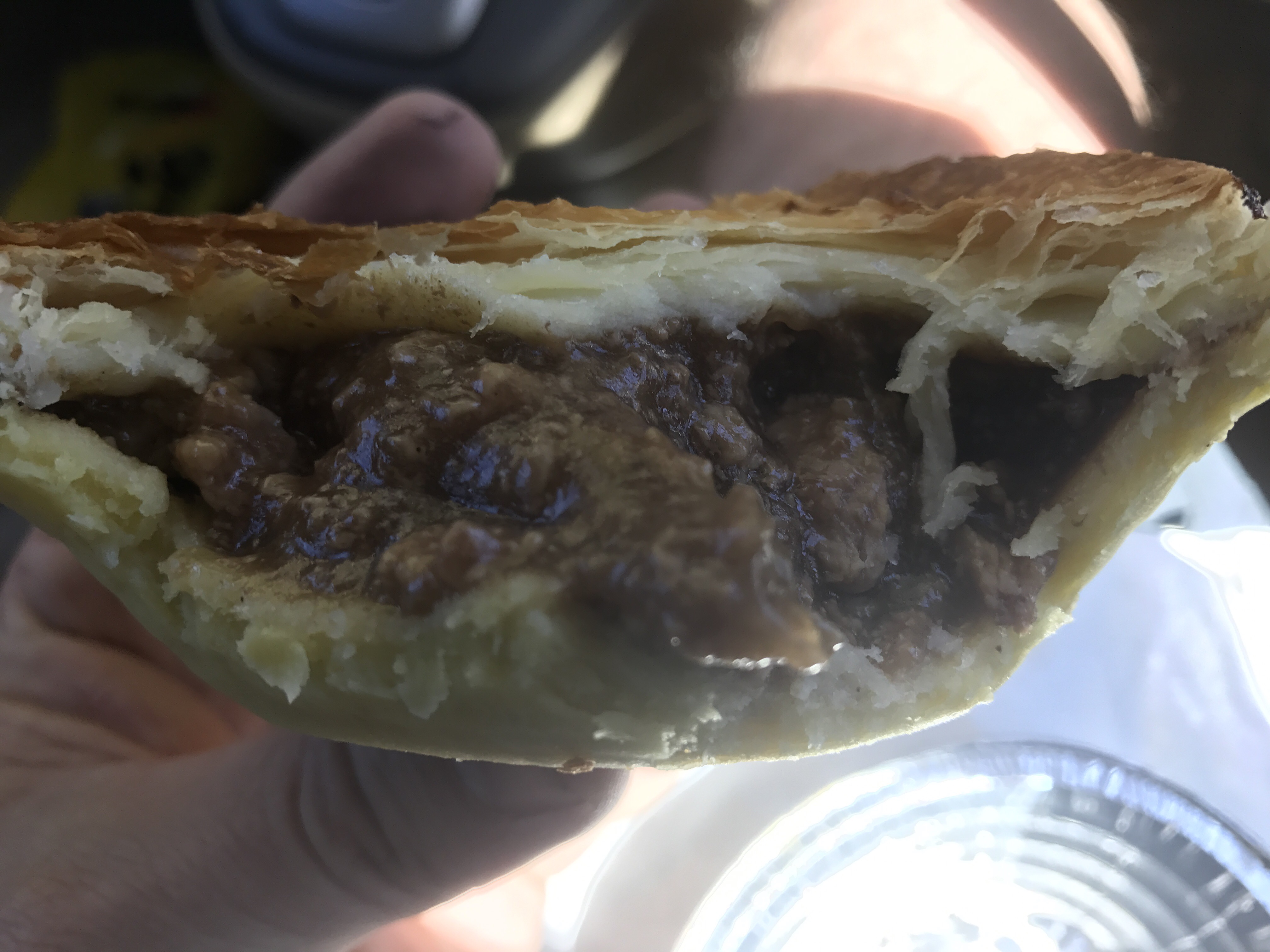 Here is how I reviewed this Pie:

This was a meaty and hearty Pie however I confess that I found the taste of it just a touch bland.

The mince in Mum’s Bakehouse plain mince pie was abundant. The gravy was thick and mixed well with the mince. However, as I noted above, I just found the taste to be a touch bland.

My first impression of the pastry was the lid and the base consisted of pastry that were different in colour. Having come out of a silver tray I feared the worst for the base of the Mum’s Bakehouse plain mince pie however I am pleased to report that it held together throughout the eating of the pie. The lid of the pie was crisp and well cooked.

The temperature of this pie was perfect. I was able to eat it in the car immediately after purchase without any delay or scorching of the roof of mouth / tongue.

This was a larger the average pie when compared to the other pies I have tested.

The Mum’s Bakehouse plain mince pie was exactly as advertised: it was plain and it was made with mince. There were no surprises with this pie. It was easy to eat, the pastry held together well and the mince was plentiful. The taste of the pie was a touch bland which was the principle drawback of this pie.

Mum’s Bakehouse is at 203 Gympie Road in Kedron. It sells a full range of baked products both sweet and savoury. Plenty of seating is available.