Brisbane’s Best Pie was again in the northern suburbs of Brisbane for this weekend’s Pie test.

I had quite high hopes for this bakery given the threshold of the bakery was festooned with a plastic door curtain in the style of entry to many fish and chip shops of my childhood. I just thought it might be old school in method to go with the old school entry. Unfortunately though there was one glaring problem with this Pie. 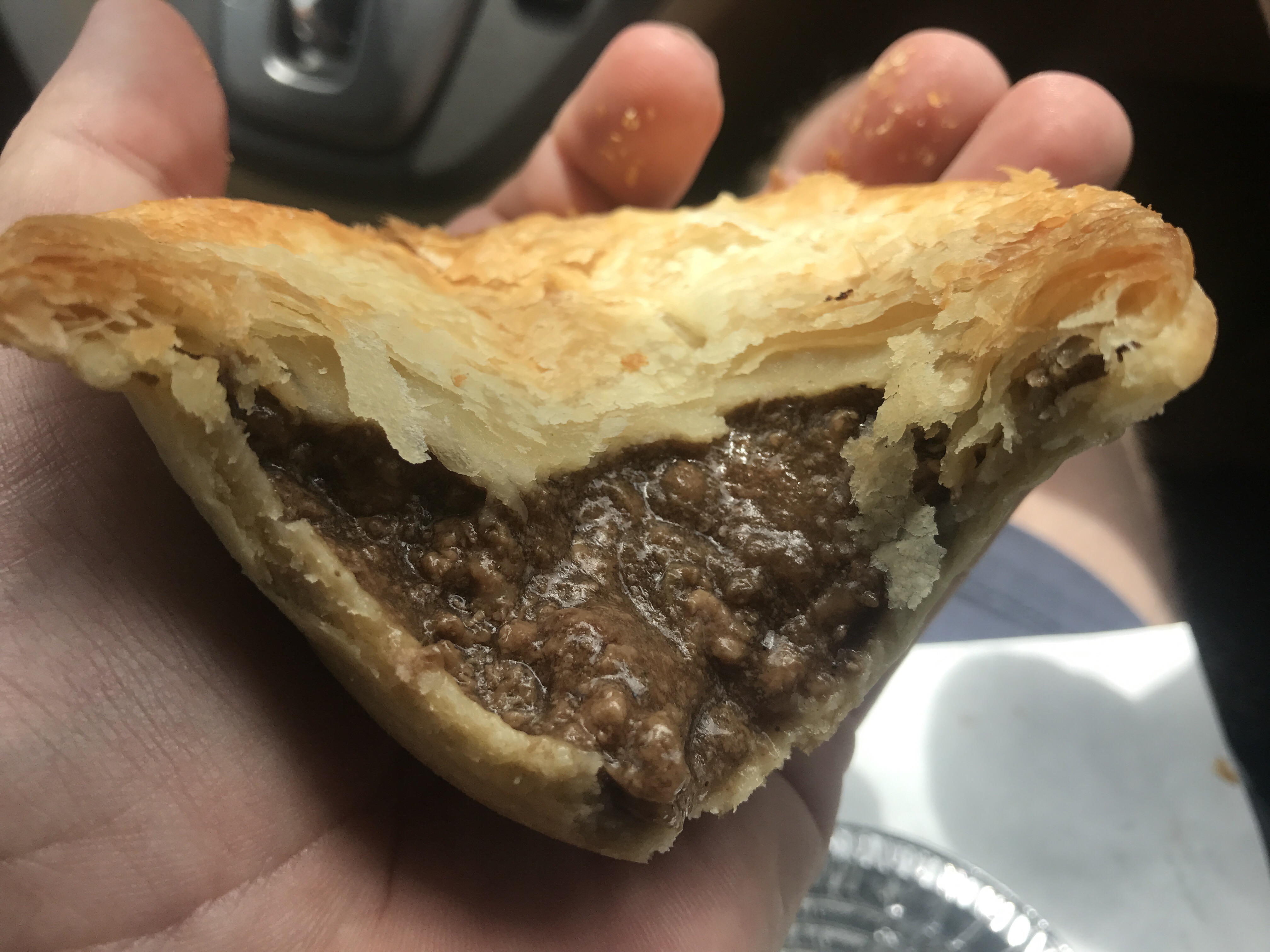 Here is how I rated the Carby’s Bakehouse plain pie:

I quite liked the taste of this pie. Meaty with a hearty gravy flavour the taste was actually spot on. I could not fault it.

Given that the taste of the Carby’s Bakehouse plain pie was without fault it goes without saying that I thought the meat and gravy were the hero of this pie. The gravy was thick and plentiful. The meat was well minced and mixed well with the gravy.

Unfortunately, as good as the meat and gravy was in this pie, the pastry had the reverse impact on this review. The base of the pie, encased on purchase in a silver liner, was both quite thin and very soft. The picture of this pie does not actually do justice to how soft the base was. The lid of the pie, conversely, was well cooked and matched the standard of the rest of the pie.

The temperature of the Carby’s Bakehouse plain pie was neither too hot nor too cold. It was an easy pie to eat immediately upon purchase.

This pie was on the smaller side compared with other pies I have tested in the search for Brisbane’s Best Pie.

The Carby’s Bakehouse plain pie was a nice pie. However it was just too soft on the bottom which made it difficult to eat. I wondered if it was just my pie that was soft on the bottom however my co-tester this week also had a pie with an extremely soft base – so much so she ended up eating her pie with spoon from within the silver liner to avoid spilling it.

Carby’s Bakehouse is on Hamilton Road in Wavell Heights. It is a full service bakery with sweet and savoury baked treats available.